»First we have to breathe clean air and eat healthily before we can solve a banking crisis.«

A new entrant into the world of politics, Sarah Wiener embodies the European story. She is Austrian, but well known in Germany as a successful chef, TV personality and businesswoman. Now she is a European politician.

365 Sherpas: Ms Wiener, you once said in an interview that, in addition to being a private pleasure, food is also always political. Turning that round, how much pleasure does it bring you to be a Member of the European Parliament?

Sarah Wiener: (laughing) There’s not a lot of pleasure involved in the strictest sense of the word – for me that would be rummaging through the garden at home, cooking with friends or swimming in a lake. I was in the special situation of never having wanted to be a politician, but found myself unable to pass up the opportunity of being an MEP and fighting for what’s important to me.

365 Sherpas: What do you feel is the biggest difference from your work as a chef and businesswoman?

Wiener: Every single issue needs a consensus from 28 different countries, customs, cultures and perspectives. You can’t change the world overnight, even if you have a fantastic idea and a plan of action. No matter what you say, there will always be someone to tell you why it won’t work. That never happened before in my world as a lone wolf.

365 Sherpas: This year’s issue of Haltung is entitled “European Homeland”. In recent years the term has been co-opted by elements on the right as a call to arms, while progressives have attempted to give it a new connotation – one example being the election campaign of Austria’s President Alexander Van der Bellen. Does Europe even need a homeland concept? And if so, what should that be?

Wiener: In and of itself, I don’t think it’s wrong to define homeland more narrowly and more regionally – for example I always wear a dirndl when I’m in Strasbourg. This diversity of identities and homelands can also be something that binds people together. When you know who you are, you can allow someone else their right to their own homeland, identity, culture and social existence. This is also the big difference from the populist homeland concept, which stokes fear and tries to stay as blinkered as possible. This negative concept of homeland needs an opponent, and that’s togetherness.

365 Sherpas: So you see “homeland” as a binding value through mutual respect for other people’s homelands?

Wiener: Yes, you could put it that way. And such a concept of homeland doesn’t contradict the European ideal, on the contrary. That’s the foundation on which we build binding values like human rights, democracy, freedom to travel, equal edu-cation for all and much more. That also becomes clear when you go far away. In Australia you’re more likely to see Europe as a homeland. But within Europe, lifestyles and cultures are too different to be able to tell a Hungarian, for instance, that he should only consider Europe to be his homeland.

365 Sherpas: How does that come across in the European Parliament?

Wiener: Homeland, European homeland, is built on shared values. We talk the same talk when it comes to democracy, human rights or crimes like the death penalty. But when it comes to other issues like corruption or sustainable agriculture, the continent can start to seem very big again. That’s where opinions differ widely.

365 Sherpas: Can this idea also be applied to your fields of food and agriculture?

Wiener: It’s very difficult in the European Parliament, because fundamentally we still haven’t moved on from the basic idea from the 1960s. Back then, agricultural and food policy were geared towards getting people enough calories. The circumstances have changed, but the policies have remained the same. And this is the very fallacy that, for example, is destroying the individuality of small farmers, eating habits, farming methods and agrarian crafts and trades.

»Homeland cannot be allowed to mean that we all eat inferior food from an industry that doesn’t even pay taxes here.«

Applied to my ideas about homeland, this means that we have to promote this diversity again and on a massive scale. Homeland cannot be allowed to mean that we all eat inferior food from an industry that doesn’t even pay taxes here. Incidentally, this destruction of individuality is also causing frustration with the European Union. In agriculture, the same rules apply to big industry as to smallholders. Which means that a small butcher’s shop has to satisfy the same standards as an abattoir that slaughters 10,000 cows a week.

That makes about as much sense as limiting how much salt you can put in food. It’s a response to the huge amounts of salt in ready meals – only industrial producers put 15 grams of salt in 100 grams of sauce, no one is over-salting themselves. But the people who have to live with this are the craftspeople, like small bakeries who are suddenly grappling with unnecessary restrictions. Industry can roll with it, and use additives like glutamine instead of salt. But small bakers come under pressure because they don’t want to use additives, which is very commendable.

365 Sherpas: While we were preparing for this interview, there was a sudden rush of food issues that came up at the EU level – from the allergen regulation to the dispute over regional designations like “käsekrainer”. Most of the time, food issues seem to separate us, except for the TTIP discussion, when we saw the ranks close against US food standards – the chlorinated chicken issue. Is joint rejection still the best form of cohesion?

Wiener: This closing of ranks, as you called it, didn’t really happen. It’s less about sensitivity to food quality and defending high standards – Germany has an organic meat ratio of less than 2%, so it doesn’t really have a leg to stand on. The TTIP issue was specifically about keeping out large-scale agricultural industry – the idea that if there are two people fighting over a cake, they don’t want to give a piece to a third party as well.

Wiener: In Austria, thanks to its topography and some clever legislation around 30 years ago, the situation is still slightly different. There are still a few pockets of small-scale farming. But generally free trade agreements are not about protecting farmers – they don’t protect anyone. Agriculture in free trade agreements is often a trading chip – for instance we have to import beef in exchange for cars. So it’s not about protecting small farmers, nor is it about sustainability or climate protection as is so often claimed. It just comes down to trade. The bizarre thing is that there are very high quality standards for cars, but hardly any for imported beef.

365 Sherpas: What is your goal in the European Parliament?

Wiener: That’s difficult. If I were the Commissioner and had the power to enact my vision, then I could give you a clear answer. My top priorities are information, and treating natural nutrition with the importance it needs. Many of my colleagues don’t seem to have realised yet that this is a question of our very existence. We can’t stay healthy if everything around us is poisoned. First we have to breathe clean air and eat and drink healthily before we can solve a banking crisis.

365 Sherpas: Is that why nutrition means so much to you?

Wiener: Absolutely. Nutrition is the piece of pie you can use to explain all the problems in the world.

365 Sherpas: Ms Wiener, thank you for speaking to us!

The interview was conducted by Joachim Kurz and Roxane Roth. 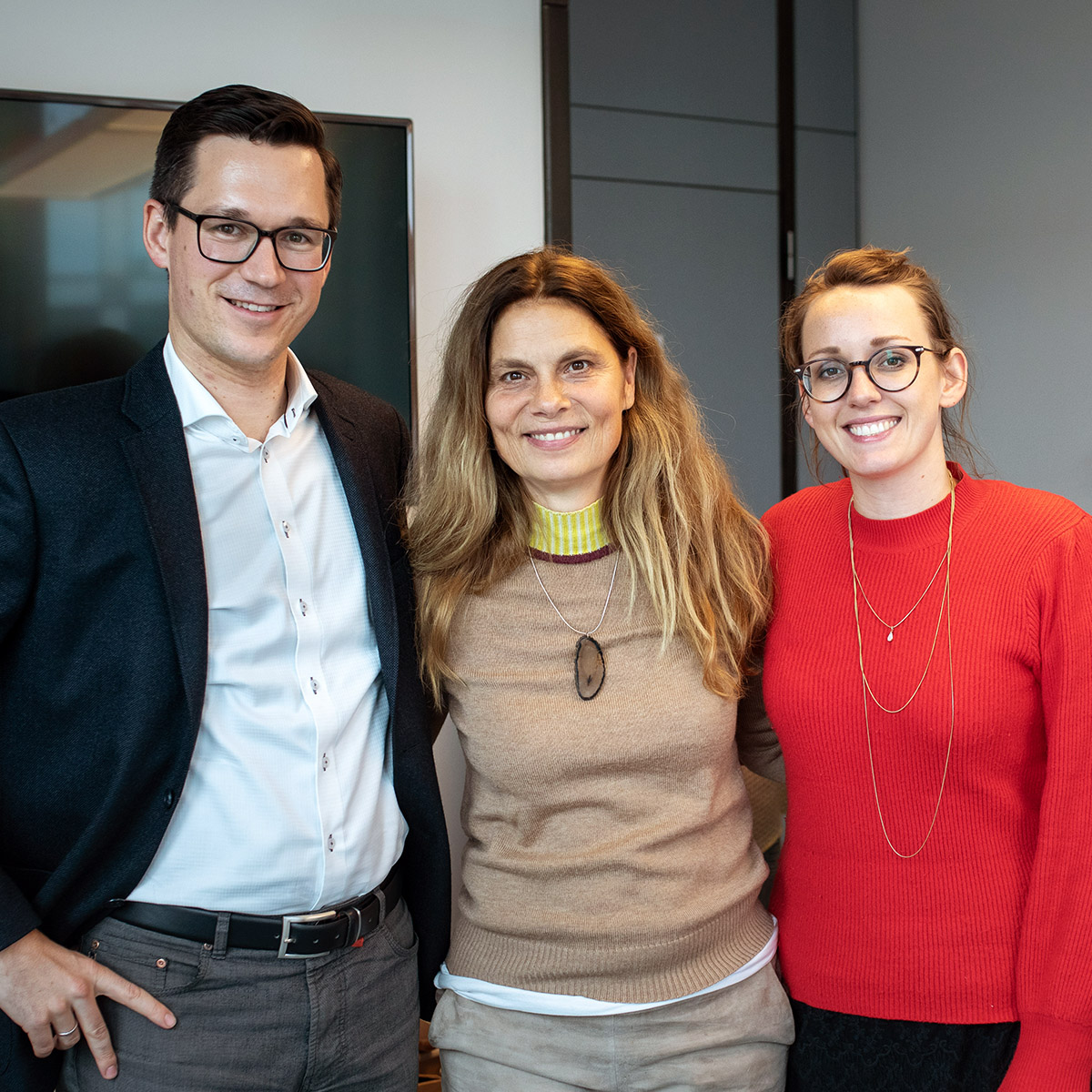 Sarah Wiener, born in Halle in 1962, grew up in Vienna and moved to Berlin in the 1980s, where she became known as a chef, author, TV personality and businesswoman. Since 2015, Wiener has been an investor in Gut Kerkow, an organic farm in the Uckermark region. In May 2019, she successfully ran for a seat in the European Parliament on behalf of the Austrian Green Party.