Europe in the Time of Corona: A Union in Search of Unity. - 365 Sherpas Zum Inhalt springen

Europe in the Time of Corona: A Union in Search of Unity. 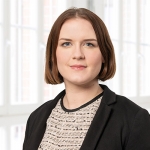 This blog article was written by Roxane Roth and Verena Bitter of 365 Sherpas Brussels, both currently working from their home offices in Belgium and Germany. In this contribution, the two Sherpas express their diverging opinions on the EU-27’s approach to COVID-19.

A friend in need is a friend indeed. This common expression can be traced back to the 3rd century BC when Quintus Ennius wrote ‚Amicus certus in re incerta cernitur‘, which can be roughly translated as “a sure friend is known when in difficulty”.

Even though the word “difficulty” undoubtedly understates the corona crisis, the spread of the pandemic certainly calls for solidarity and friendship. All across the world, people are using online meeting tools to catch up with friends and family, there are neighbourhood support schemes, including grocery shopping for at-risk citizens as well as balcony concerts and evening applause for those keeping infrastructure running. However, while many of us are trying to stay close even in times of physical isolation, the European Union seems to be struggling to do so.

Although last week’s Council meeting led to a joint declaration by the heads of state, “friendship” between the 27 EU member state countries continues to be challenged by the ongoing crisis.

Italy and Spain, the member states hit most severely by COVID-19 thus far, called upon other leaders to acknowledge this unprecedented situation by creating so-called corona bonds that could revitalise the economy and help reduce the overall shock to their systems.

Spanish Prime Minister Pedro Sanchez reportedly said, “if we don’t propose now a unified, powerful, and effective response to this economic crisis, not only the impact will be tougher, but its effects will last longer and we will be putting at risk the entire European project.”

Sanchez is right, the European project and further integration may well be at risk. On the other hand, the COVID-19 pandemic may just be the moment that brings the Union and its members closer together. Today, both seem possible.

A friend in need?

“Whatever it takes” is an expression associated with the former head of the European Central Bank, Mario Draghi. While the Italian used the catchphrase to calm markets unsettled by the Euro crisis in 2012, it is unlikely he imagined its revival eight years later in light of a global pandemic.

The conclusions by the President of the European Council after the March 10th video conference between heads of state read: „We stressed the need for a joint European approach and close coordination with the European Commission.“ Given this initial commitment to a common approach, there is a lack of evidence of a coordinated response thus far.

To be fair, the competences of the EU institutions are limited here. While Commission President Ursula von der Leyen and her Cabinet seem committed to steering all parties in a certain coordinated direction on economic matters, other areas seem to be largely driven by national interests and, in some cases, by a newly awoken sense of post-colonial isolation. We see a lot of “traditional” recession remedies on the national level, large economic stimuli for national companies and employees, deferral of taxes and duties etc. These efforts should not be underestimated, but they will not be enough to address the multifaceted pan-European challenges ahead.

Last week, the creation of Eurobonds was rejected. Germany and the Netherlands were among the opponents, according to news articles. Angela Merkel stated after the same March 10th video call of heads of state already referenced that she was determined to face the challenge at hand together, but that the European Stability Mechanism (ESM) would be a sufficient tool to do so and would not infringe on the principle of subsidiarity. Merkel also rejected a proposal by Italian Prime Minister Conte, who suggested the European Institution, the Commission, the Parliament, the Council, the European Central Bank and the Eurogrouptake an active leadership role and draft an economic plan for the Union. “We on the German side, and from other sides as well, said that this is a responsibility of each member states after all,” Merkel told reporters during a press conference.

Only a few weeks into this crisis, “We Europeans” apparently became “We Germans”.

It feels like tragic comedy: this week marks the 25th anniversary of one of the EU’s greatest achievements – the Schengen area. Instead of celebrating, we are facing closed borders, and the freedom of movement on hold until further notice. Germany, one of the leading EU member states when it comes to pro-EU rhetoric and an advocate for deeper integration and the single market, was one of the first countries to close its EU borders. Instead of „We can do this“ (Merkel’s “Wir schaffen das“), the political message spread by Macron and other heads of government is „We are at war.“ A war against a virus that is not only threatening our economies, but our freedoms and frankly put, the lives of many. Nevertheless, it seems fair to ask – why fight alone when you have 26 allies in Europe and even more across the globe.

Aleksandar Vučić, President of EU accession candidate, Serbia, said on March 18 that he did not believe Europe was capable of solving the corona crisis on its own. He would be turning his head in China’s direction in order to avoid a “worst-case-scenario.“ In EU Member States, China, and Russia have also come to the rescue. China reportedly sent aid packages to Italy, quoting an Italian poem, including the sentence: “We are leaves from the same tree.” Of course, other EU countries are trying to support those most severely hit by the pandemic, for example, Germany has taken in patients from both,  Italy and France and has sent equipment to support the medical staff on the ground in Italy. The Commission’s Social Media team applauded this effort by stating on Instagram “France and Germany combined have donated to Italy more masks than China.” Call us cynical, but this seems like praising your siblings for giving you a better birthday present than the neighbour, whose plants you water once a month.

It is fair to say, that the European response to the COVID-19 pandemic could be more consistent. Especially in the past few days, we have seen a considerable amount of criticism and blame shifting. It appears that the EU and its leadership is a popular choice in the search for a scape goat.

The willingness to blame someone or something for a crisis is a very common trait of human nature. Still, we must admit that political actors, like most of us, were taken by surprise by the scale of the virus. We should submit that they too needed time to adjust to the challenge and take the necessary measures to counter the virus.

Let us take stock of what has already been done: In a matter of days we saw the temporary suspension of the deficit rules of the Stability and Growth Pact, a proposal from the European Commission for a €37 billion investment initiative to support smaller businesses and the health sector, and the commitment to provide flexibility on state aid rules. We also saw an announcement from the ECB for a €750 billion stimulus for 2020. The European Parliament organized a procedure for ad-hoc, remote-voting , a novelty in its 70 year history. With the new procedure of remote-voting, parliamentarians agreed on the coronavirus response investment initiative, the broadening of the EU Solidarity Fund to cover health emergencies, and to stop so-called ghost flights.

These measures seem to be just the beginning. Most of us remember the controversial Eurobonds that were never agreed during the economic and financial crisis – mostly due to notorious blocking by Germany and its then-Finance Minister Wolfgang Schäuble. With the label, “corona bonds,” the idea of commonly backed debt is back on the table and seems more feasible than ever before. While an alliance around France is pushing the proposal forward, Germany and the Netherlands still seem reluctant. In fact, they don’t strictly oppose it,  but give the impression that they would aim to keep the option in their toolbox for a later stage of the crisis. The introduction of such bonds would mean a major step towards European financial integration. Even if the firm opposition from the Dutch government (and the German government to some extent) cannot be softened: One way or another, we are seeing a clear signal that member states are open to discussing forms of EU integration that were unthinkable just a few weeks ago.

Speaking of the European Council, I am surprised to hear many voices lamenting a lack of leadership in this crisis. For his part, Emmanuel Macron is once more taking the reins by pushing for progressive European cooperation. Angela Merkel, is mostly sticking to her „wait and see“ leadership style for now. We do however know that she is crisis-tested and has already reassured millions of Germans that she is still up to the task in an unprecedented televised address. There are many weeks ahead of us to see and judge whether her pragmatism and Macron’s determination will become a good match for one another in this crisis.

Christine Lagarde and Ursula von der Leyen, two powerful and experienced leaders at the head of two of the most important European institutions, are showing their stripes . Ursula von der Leyen has shown that she is not afraid to speak out about egotistical moves on the national level and seems ready to take a not-so-German approach to the crisis. Last but not least, we should not forget about David Sassoli, the ever charismatic President of the European Parliament, who is ensuring that Europe’s democratic chamber keeps functioning even in times of crisis.

Don’t get us wrong, Coronavirus is a threat to Europe and its unity: Borders being closed, questions of migration and refugees disappearing from the political agenda; the virus has manufactured measures that are the stuff of  populists‘ dreams. Especially looking at Hungary or Poland these days, our nightmares become reality as we observe how the crisis is used to create and manifest autocratic governments. Besides the actual fight against the virus, it seems this is another ‘pandemic’ in search for urgent remedy.

However, at the same time, within days, we saw far-reaching coordinated measures driven by the EU’s own institutions. We can expect dedicated discussions on even farther-reaching steps in the days and weeks to come.

COVID-19 has hit the EU in a pre-existing state of discord. The last European elections provided entry to an unprecedented number of populists into the European Parliament, the division between East and West is growing, while other challenges such as the migration crisis have not been faced, let alone overcome.

There has been justified criticism that the response to COVID-19 so far has been too egotistical and focused on the national level. Austrian chancellor Sebastian Kurz already announced in a press conference on Sunday, that the EU would “have to put up with a critical discussion and debate after the crisis.”

We are facing an extraordinary challenge that could either prove that the EU is still a Union defined by solidarity or accelerate pre-existing division. One can only hope that Europe’s leaders do whatever it takes to prevent the latter.