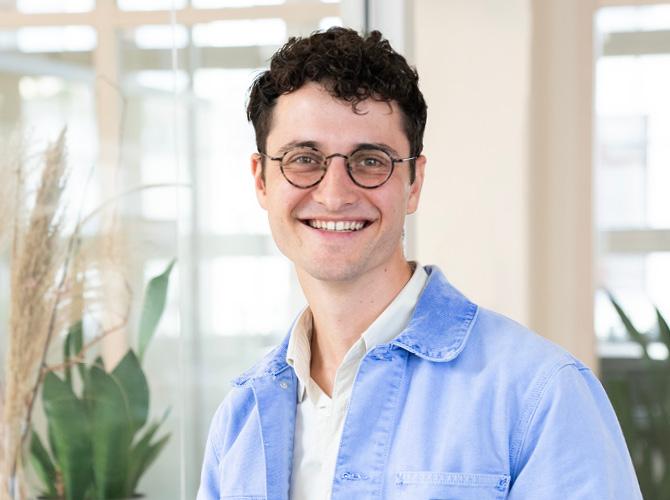 Over the past years, Bernd Roschnik has gained extensive experience in various positions. Digital policy at federal and EU level became his focus. His enthusiasm for the digital transformation is his drive to make Germany fit for the digital age.

Most recently, Bernd Roschnik worked as Head of Digitalisation and Innovation at the German Council of Economic Advisers. In one of the largest business associations in Europe, he looked after member companies in the technology sector for three years, with a focus on artificial intelligence, cyber security and digitalisation of public administration. Before that, he worked at the Association of Municipal Enterprises (VKU) in the Communications and Public Affairs department. There, he was primarily concerned with the consequences of the digital transformation for municipal services of general interest.

Before moving into the world of associations, Bernd Roschnik worked in two agencies. At appstretto, he was involved in the development of digital products as a project manager at the interface between client and developer. His career entry led him into consulting in 2014. At Burson-Marsteller (now Burson, Cohn & Wolfe), he was responsible for clients from the digital, energy and healthcare sectors.

Bernd Roschnik studied cultural studies at the European University Viadrina in Frankfurt (Oder) and at the Humboldt University in Berlin. His Bachelor’s and Master’s studies were complemented by stays abroad in Madrid and Tel Aviv. He speaks German and English and has basic knowledge of Spanish and Polish.